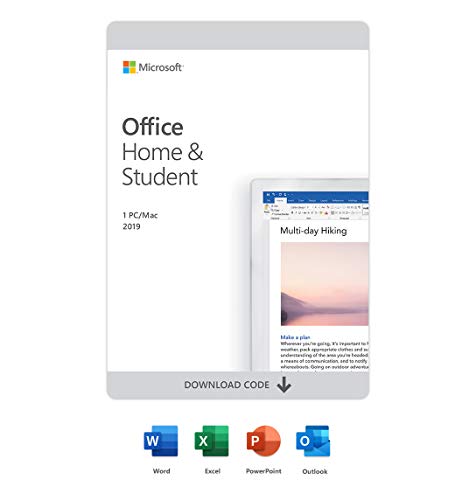 The 2016 Mac version of the Microsoft Office suite is easier, more powerful, and more elegant than the previous versions and most of its features are almost identical to the Windows suite.

Perhaps the most noticeable improvement of the app from before is the one-line message body preview in the inbox. Apart from that, not much has changed with Outlook 2016.

One feature that has disappeared, however, is the “ignore” option, a feature from the 2013 version which allows users to mute email threads that do not interest them. There is also no option in the Outlook 2016 version to use the OS X contacts list for the address book. But, these are otherwise very minor issues that most Exchange users probably won’t mind.

Unlike Outlook 2016, Word 2016 has had several updates–many of which are under the hood. For example, the application now supports common Windows shortcuts such as Ctrl + C to copy and Ctrl + S to save. Although the usual shortcuts of OS X still work, this update makes it easier for non-Apple users to switch platforms. The Word 2016 application now also allows pinch-to-zoom options, helping smooth the transition between the iOS and Mac suits.

Another apparent change to this version is the integration of the Toolbox palette in the sidebar. However, the Citations and Scrapbook manager didn’t make the cut, so if you were fond of using those features, you will need to find other options. On the bright side, the absence of the floating palette makes for a cleaner and easier-to-use interface.

Word 2011’s awkward one-at-a-time lookup option has gone, too. In the 2016 version, Microsoft introduces a Smart Lookup feature that presents a list of results for ease of use. The Publishing layout view that made the Word application act like a page-layout app has disappeared in the new version as well.

One of the most obvious change in Excel 2016 is the animation when clicking and working with cells. There is also a few new hand-holding choices that would make the app’s features more accessible. Additionally, the Recommended Charts button now presents only the appropriate charts that you need for your data and the formula tab has been cleaned up to make it more user-friendly.

For novice users, the formula builder that appears in the sidebar automatically when the formula button is selected is a big help.

If you are a power user, the updates on the excel application would be drastic, but otherwise welcome changes. Excel 2016 now has several added features–one of which is the PivotTable slicer, which is used to filter data. Power users will also appreciate the integration of an equation editor and a data analysis toolpak and solver add-in support. While there is a Power Pivot add-in in Excel, the feature is only reserved for Windows users in the meantime.

PowerPoint gets the most benefits from the improved interface. With the new version, the Tables, Charts, SmartArt, and Themes tabs of old were set aside to make room for the Design and Transitions tabs.

The slide animations are also much simpler to deploy now with the integration of an Animations sidebar. But for those looking to save their presentation as a movie, you won’t find that option in this new version. On a positive note, PowerPoint 2016 introduces a “Switch Displays” button in the Presenter View that lets you switch from PowerPoint to other software applications smoothly.

Microsoft Office 2016 has been a long overdue update, but it’s worth the wait. In spite of its shortcomings, Microsoft Office 2016 for Mac is certainly an enhancement to the 2011 suite what with its recent updates–the most notable one being that the software now supports add-in extensions for Excel and Outlook.

And if that doesn’t get you more excited, Microsoft has also launched a Starbucks add-in that lets you schedule coffee meetings, place orders ahead of time, and send Starbucks gift cards directly to your contacts via an email app.

There are plenty to like about the software. While it may not be at the same level as the Windows suite, Microsoft Office 2016 for Mac is still by far one of the most powerful set of productivity apps for Apple computers. It includes an array of applications including, Excel, Outlook, PowerPoint, Word, and OneNote, which all have a familiar, spacious interface and easy-to-use features as the Windows version.

Plus, the powerful creating and editing capacity of the Microsoft Office 2016 for Mac will surely win you over. Everything about the software is better than ever and the free preview version is stable and easy enough to use day to day.

If you are looking for advanced features, Word and Excel is certainly more powerful than Apple’s Pages and Numbers while PowerPoint is almost at par with Apple’s Keynote. So if we are to compare the two OS X office suites, Microsoft Office 2016 for Mac is the clear winner in terms of features.

There is no denying that the 2016 version is a step forward, but let’s just hope a faster and more stable version of the Microsoft Office for Mac is in the works. Until then, heavy Office users can still rely on their ever-dependable Office 2011 to get things done.